On 22 May 1998, dual national of the UK and St Kitts and Nevis, Mr Berthill Fox was convicted in the High Court of St. Christopher and Nevis of the murders of his fiancé and her mother and was sentenced to the mandatory death penalty, the automatic punishment for murder in St. Kitts and Nevis.

Prior to his conviction, Berthill Fox was a professional body builder and two-time Mr Universe winner.

Mr Fox’s journey though the criminal justice system and St. Kitts and Nevis’ parole system has been lengthy – spanning over 20 years. Despite multiple unsuccessful appeals against his convictions for murder, The Death Penalty Project successfully assisted Mr Fox for over two decades, and on 5 August 2022 Mr Fox was released from prison.

In 1999 The Death Penalty Project began assisting Mr Fox and provided free legal representation to challenge his mandatory death sentence to the Judicial Committee of the Privy Council. In March 2002, in a landmark judgment, The Privy Council allowed his appeal and ruled that his mandatory death sentence was unconstitutional. In September 2002 Mr Fox was resentenced in the High Court and given two life sentences.

In re-sentencing Mr Fox, the judge placed substantial weight on medical evidence from his psychiatric report. Instructed by The Death Penalty Project, UK based forensic psychiatrist Dr Diana Tamlyn completed an assessment which highlighted how Mr Fox’s prolonged use of anabolic steroids, from the age of 14, had diminished his responsibility.

Dr. Tamlyn concluded that: “at the material time Berthill Fox was suffering from an abnormality of mind, due to prolonged steroid abuse, which caused a loss of control and thus substantially impaired his responsibility for the offences.”

Working with local attorney Angelina Gracy Sokoo-Bobb, The Death Penalty Project continued to assist Mr Fox in order to challenge his continued incarceration. In 2018, attempts were made to address the prison’s failure to comply with Rules 35 and 40 of the Prison Rules.

The Prerogative of Mercy is a power vested in the Governor-General of St Kitts and Nevis. It enables the government to pardon a prisoner, reduce their sentence or remit whole or part of their punishment. The Mercy Board must consider a person for release under the following conditions: those who have served ten years of their sentence prior to attaining the age of 60, or those who have served fifteen years of their sentence. Additional considerations for a prisoners release under the Prerogative of Mercy includes the mental and bodily condition of prisoners, as well as the effect of imprisonment on their health, demeanour and attitude towards crime in general.

In August 2020 Ms Sokoo-Bobb wrote to the Minister of National Security, stating that at this point Mr Fox had served 22 years of his sentence and was 69 years old. The failure to review Mr Fox’s continued imprisonment was a breach of his statutory rights and legitimate expectation under provisions of the Prison Rules.

In 2021, Mr Fox filed Judicial Review proceedings to challenge his continued incarceration and the failure of the authorities to review his sentences. The Court ordered that the Mercy Board should review his case and his application for release.

In May 2022 his case was finally heard by the Mercy Committee and on 5 August 2022 Mr Fox was released from prison.

I would like to take this opportunity to thank all the team at The Death Penalty Project for not only saving my father’s life but for also securing his release. Families like mine are indebted to you, the work you do not only saves your clients lives, but you also save the lives of us the families, as you give us hope. 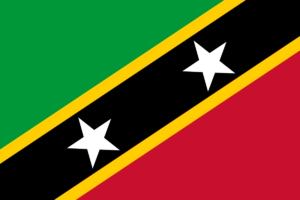